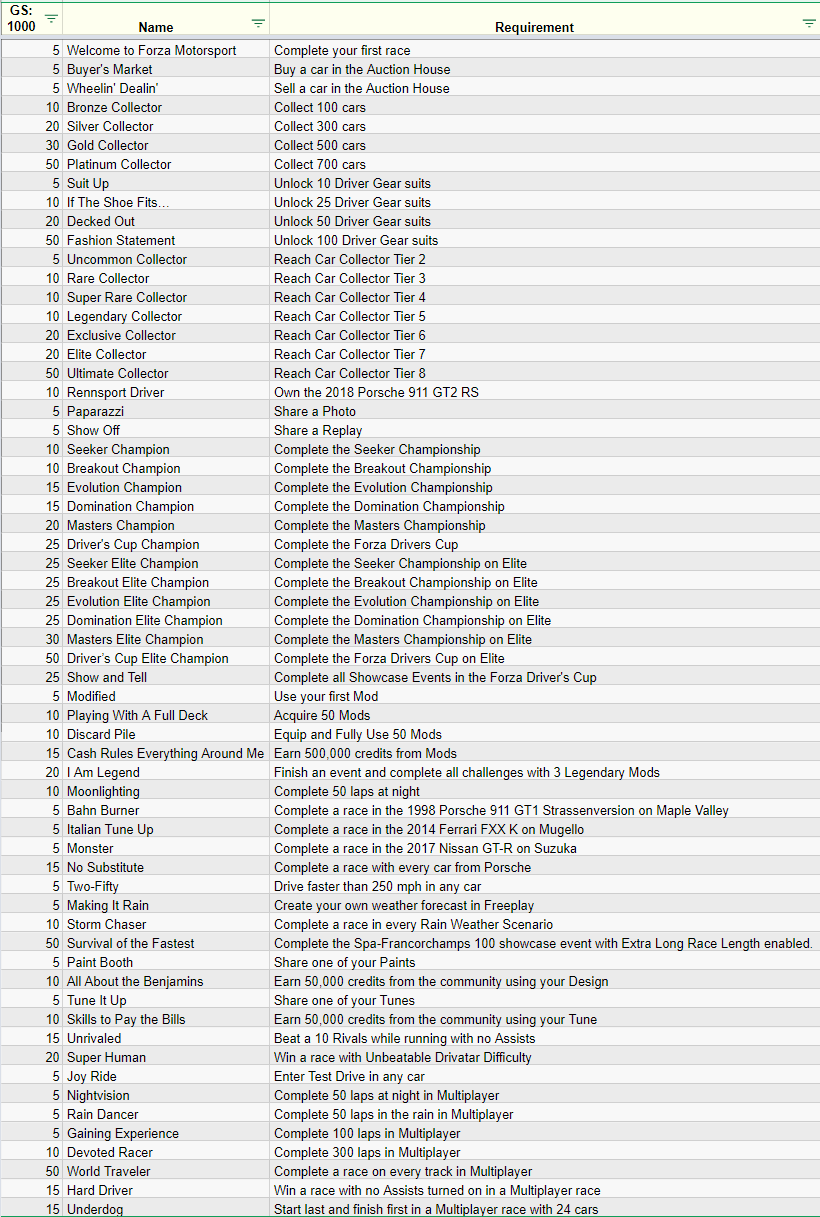 Pre-Launch Update
It’s T-minus two weeks until the early access launch of Forza Motorsport 7. There’s a palpable sense of excitement around the halls of Turn 10 as we prepare to bring our biggest and best Forza game yet to the world. From the very start, the team has worked towards a vision of re-imagining the racing experience and, starting with early access on September 29, the community will be lighting out again on another fantastic Forza adventure.

Ever since we announced Forza 7, we’ve called this our biggest game, and the numbers bear it out: more than 700 cars at launch, 32 of the world’s greatest tracks (our largest lineup ever), a massive career in the Forza Driver’s Cup, and of course a huge list of ever-changing multiplayer and competitive modes that will keep players busy no matter their skill level or driving preferences. This is the largest game we’ve ever released in terms of sheer footprint size as well. The Xbox One game will be approximately 95 GB at launch. Just about 45 GB of that contained on the Blu-ray disc. The remainder will be available to download for free on September 29.

Naturally, the game can be played from the disc alone. However, if you want to experience the true depth and breadth of content in Forza Motorsport 7, you’ll want to take the additional update. A great example is the Forza Driver’s Cup single-player campaign. While all players can complete the first play-through of the Forza Driver’s Cup on disc, beating the series unlocks a wealth of new Forza Driver’s Cup content, including new competitive and Showcase events, as well as new trophies and Driver Gear rewards. In order to access those new events and rewards, you’ll need to have the additional update installed.

Some features in Forza 7 will not be immediately available at launch – including Auction House, #Forzathon events, and Leagues. Players looking for those features will see the “Coming Soon” notice by the features in the game menus. As our community of players grows in the weeks after launch, we will be enabling those features in game.