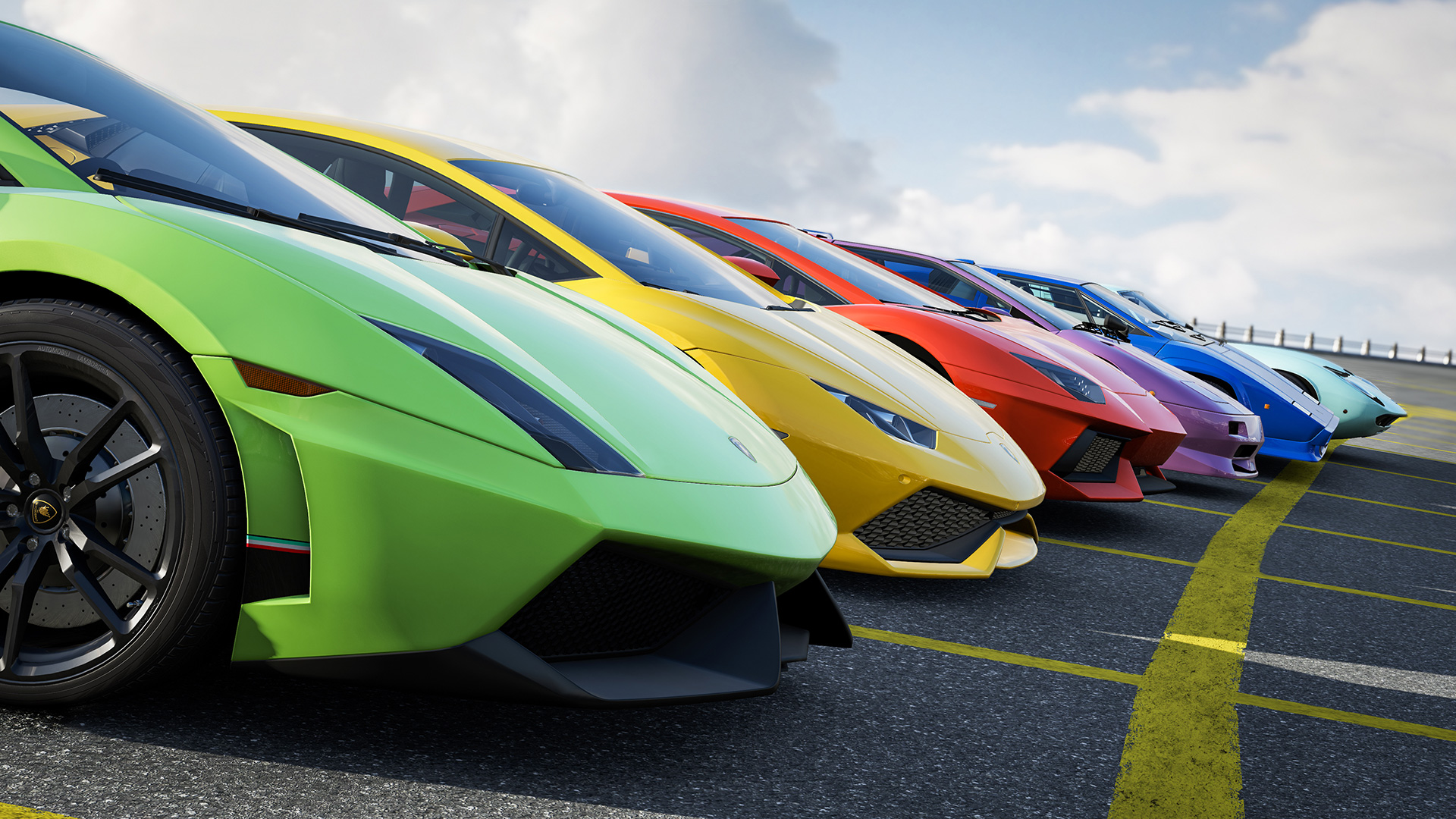 GENEVA – March 2, 2016 – At the Geneva International Motor Show, partners Microsoft’s Turn 10 Studios and Lamborghini announced their latest collaboration to feature the all-new Lamborghini Centenario super sports car as the cover car of the next title in the award-winning Forza racing franchise. The Xbox game will be unveiled at the Electronic Entertainment Expo in June 2016, and the Centenario will be available “First in Forza,” giving millions of fans around the world the exclusive opportunity to experience the virtual version of the car on Xbox before its road debut.

The Centenario is an opportunity for Lamborghini’s designers and engineers to transcend some of the constraints of series car production to achieve an incomparable result: the super sports car has immediately proved itself as a desirable collectors’ car, while demonstrating new Lamborghini technologies and outstanding performance. It is the most fitting tribute to Ferruccio Lamborghini in his centenary year – a man who created an exceptional brand, believed that anything was possible and produced extraordinary, iconic cars. The Centenario is a super sports car for Ferruccio Lamborghini and the future he and the company believe in today. Using the V12 architecture, the Centenario’s naturally aspirated engine produces 770 hp and powers from 0-100 km/h in 2.8 seconds, and from 0-300 km/h in 23.5 seconds with a top speed of more than 350 km/h.

“We’re excited to continue our long history of working with Lamborghini and to be part of their 100-year anniversary by celebrating the Centenario as the featured cover car of the next Forza game,” said Phil Spencer, head of Xbox. “It’s an honor to announce our partnership at one of the world’s biggest automotive shows, and we look forward to unveiling the game at this year’s Electronic Entertainment Expo.”

“Working with Microsoft and Turn 10 Studios allows us to broadly share the limited-production Centenario with an unprecedented global audience and let them experience the emotion of driving the most powerful Lamborghini ever produced,” said Maurizio Reggiani, board member for research and development of Automobili Lamborghini.

Lamborghini’s legendary vehicles are among the most popular in Forza’s stable with more than five million players spending nearly 60 million hours racing in Lamborghinis. The Lamborghini Centenario will join an already robust roster of 14 unique Lamborghini vehicles featured in the award-winning Forza franchise on the Xbox One. Every Lamborghini is showcased in Forzavista™ detail, meaning that each features working doors and headlights as well as fully drivable cockpits. Forza remains the best-selling racing franchise of the current video game console generation, and more than 10 million unique fans have played Forza games on Xbox One, making it the most played racing franchise on Xbox One.

“Very few automotive designs are as evocative, iconic or recognizable as a Lamborghini. Whether in Forzavista™, on the open road or on a world-famous race-track, our team painstakingly recreates each model with the greatest attention to detail. These cars are truly brought to life using ForzaTech™, Turn 10 Studios’ proprietary, state-of-the-art graphics and physics simulation engine,” said Dan Greenawalt, creative director of Turn 10 Studios. "One of our ongoing missions at Turn 10 Studios is to foster the merging of automotive culture with gaming culture. Between past tournaments with MLG and Gfinity, Forza has a long history with eSports – one of the fastest growing sports in the world. Our upcoming Lamborghini Super Trofeo series gives us the platform to broadly engage both automotive and gaming communities in a new type of motorsport.”