The October Car Pack will be announced on Tuesday October 6th and be available later that day.

Now on with the clues. Good luck!

"I found my thrill on Blueberry Hill"

I am compelled to tell you the truth. I am very excited to see this car in Forza 6.

This car has no business on the race track, but we know you will enjoy racing it.

This car will hurt your ears, it will be painful to drive, but it will all be worth it.

The latest content update for Forza Motorsport 6 has arrived! In addition to the Logitech G Car Pack, this update includes some notable improvements to Forza 6 and addresses some well-known issues in the game. This content update includes improvements to game features, updates and corrections to a number of cars and tracks in the game, as well as a brand new car – the 2015 Infiniti Q60 – available to all Forza 6 players at no additional charge.
In short, there’s a lot happening with today’s update and, below, we break it all down for you. Read on for the details!

· Corrected the engine sounds for the 2016 Ford Shelby GT350
· Corrected issues with all of the V8 Supercars in the game, so that each car uses the correct engine sounds.
· Improved the cockpit camera positioning for a number of cars in the game, including the 2015 Dodge Challenger SRT Hellcat, 2011 Lamborghini Gallardo LP570-4, 1971 Plymouth Cuda 426 and the 1970 Ford Escort RS1600 Fast & Furious edition, among others
· We have addressed an issue with drivetrain swaps that was causing some cars (including well-known examples such as the 1968 Abarth 595 esseesse, the 1965 MINI Cooper S, and the 1975 FIAT X1/9), to perform beyond their PI classification. To coincide with this fix, we are performing a wipe of all leaderboard times set with a car that used a drivetrain swap. We expect the leaderboard wipe will happen Tuesday (10/6) afternoon. With this content update in place, cars that were previously banned from multiplayer will now be allowed back in. In addition times set in cars that feature drivetrain swaps will be allowed to post times to leaderboards.
· Numerous additional car improvements and corrections

· ROAD ATLANTA: Removed an “invisible dip” that was appearing in the drift loop section of the track
· MONZA: Fixed a bug that allowed players to gain an unfair advantage at the Ascari Chicane
· TOP GEAR: Corrected several areas that were incorrectly “dirtying” players’ lap times

· We continue to investigate issues involving inconsistency in Drivatar behaviors during Forza Motorsport 6 races; namely several Drivatars pulling away from the rest of the pack. To coincide with this content update, we have instituted a server-side fix that we believe will help the issue as we continue to investigate further. Stay tuned for more in the future.
· Fixed an issue where Drivatars were not taking damage when the player was driving with simulated damage turned on

· We have corrected issues with the “World Traveler” achievement, which should now work as expected

· Fixed an issue where only a maximum of 2 AI cars could enter the pits at any time
· Pitting will now fix headlight damage when simulation damage is turned on
· Fixed an issue with rewind, where players could not rewind when AI cars were in the pits. With this fix, players will now be able to rewind, even when AI cars are pitted

· Using Boost Mods in a Career or Free Play race will now “dirty” your lap
· Fixed an issue where Crew Mods modifiers would only work on the unique track specified on the card. Now Crew Mods modifiers will work as intended, with a general indicated performance increase on all tracks, and a specialized increase on the specified track
· Fixed an issue where players would get the exact same Mods pack upon starting the game with a new profile
· Power-related Mods are now applying the correct amount of additional power to all cars
· Fixed an issue with the “Cockpit Camera/No HUD” Mod, whereby the HUD would reappear after doing a few practice laps.

· Better League result reporting after each race, points earned displayed and access to the League Leaderboards in the Lobby
· Added ability to order the grid by the previous best lap in Multiplayer. This change will be rolled out in the more competitive lobbies first
· Some multiplayer hoppers will now allow the starting grid to roll off by row in order to help with the congestion in the first and second corners 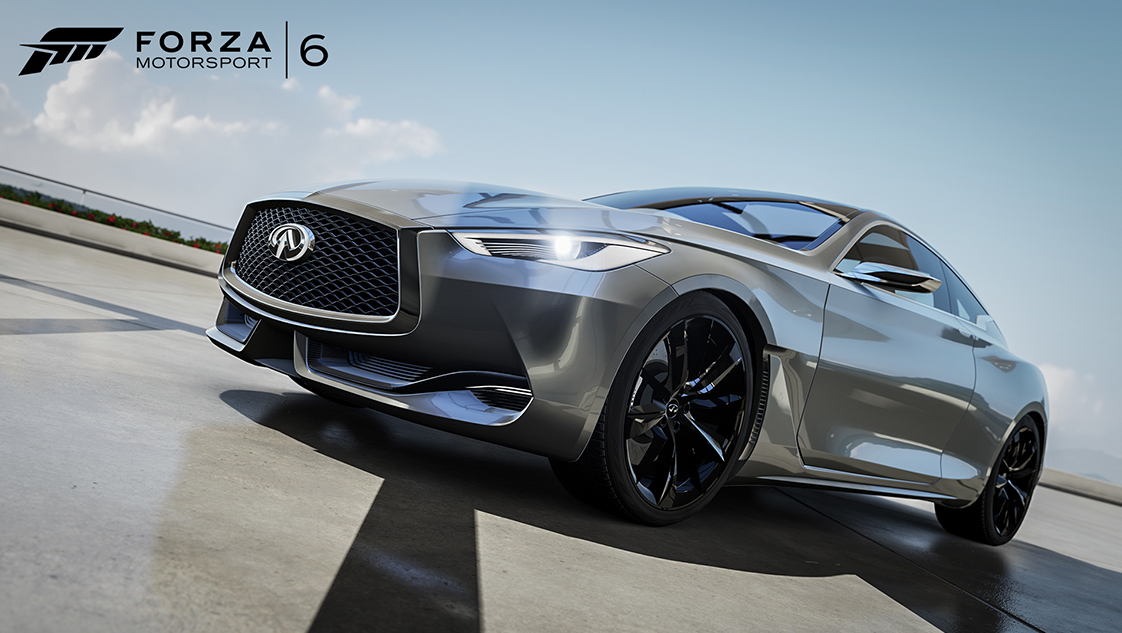 2015 Infiniti Q60
What’s not to appreciate about a two-door coupe with more than 300 hp and rear-wheel drive? Not much if you are talking about the Infiniti Q60. That horsepower comes from a twin-turbo V6 and at full boost you better hang on tight. The Q60 is the successor to the G37. The G37 – although plenty fast – was a bit heavy. The Q60 addresses its weight issues with aluminum and carbon fiber components. This sporty yet extremely comfortable car is just as ready for a leisurely weekend drive as it is to be thrown into a backwards-entry slide as your new favorite drift ride. Sleek, and well-appointed, yet still discreet in its appearance, the Q60 is ready to take on similarly-classed German coupes anytime, anywhere.

Since September, gamers have been conquering the pavement in Forza Motorsport 6, the most beautiful and comprehensive racing game of this generation. If you haven’t had a chance to play the game, now is a great time to jump in with race fans from all over the world. As we head into another great month of racing, we’re excited to announce that beginning today, the Logitech G Car Pack is available as the next great add-on pack for Forza Motorsport 6. With seven incredible cars that have each carved their own place in motorsport history, the pack offers a new way to enjoy the best racing experience on Xbox One.

Leading the pack is an ultimate track toy – the 2013 Caparo T1, which is just begging to be tackle the circuits of Forza Motorsport 6. In addition, we have four different eras of historic racing represented, with the 1939 Mercedes-Benz W154 (a pre-WWII Grand Prix champion), the 1967 Honda RA300 known as the “Hondola,” a turbocharged Nissan IMSA racer from the 1990s, and one of the latest Le Mans prototype cars.

The remaining cars of the pack offer equally unique driving experiences. The 1967 Volvo 123GT has its own on- and off-road race-bred roots and the 2013 Cadillac XTS Limousine – well, we know you’ll have fun with it. 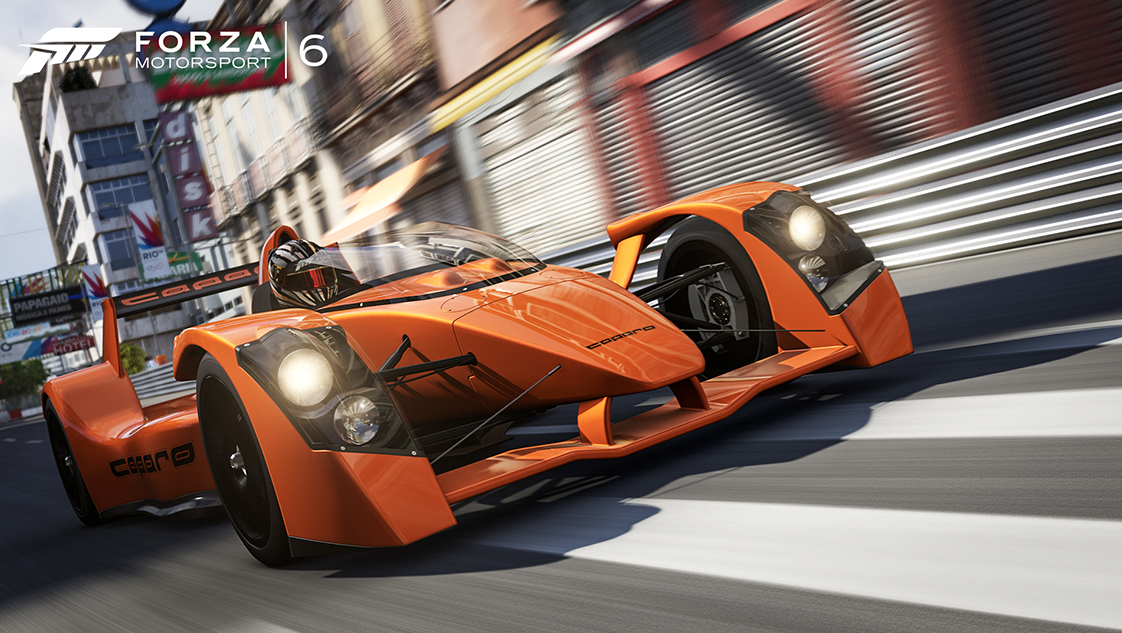 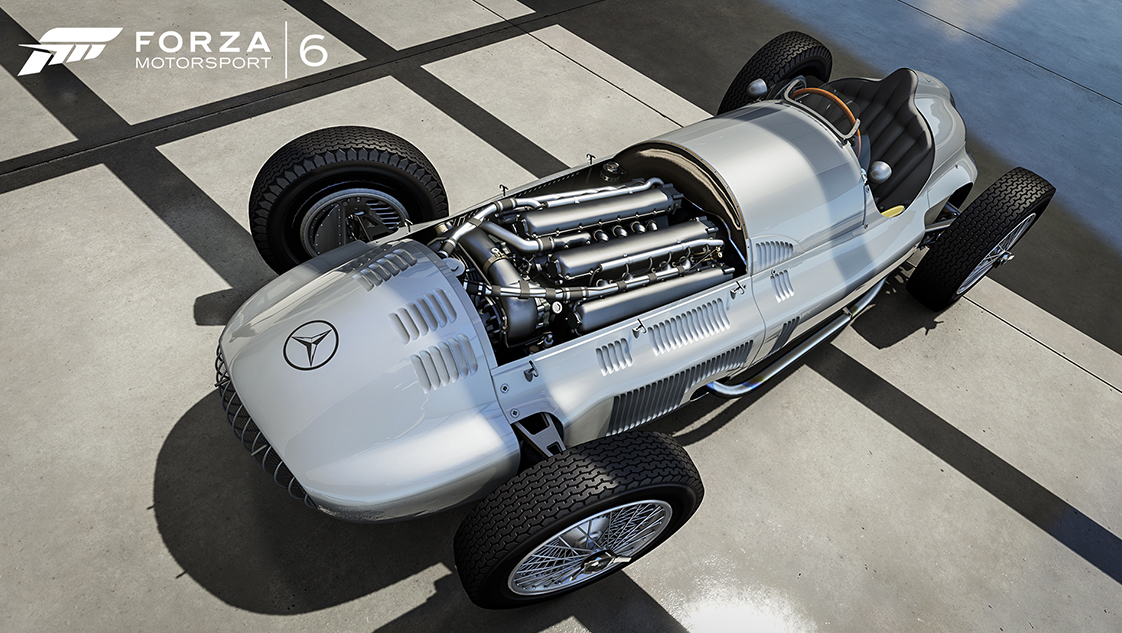 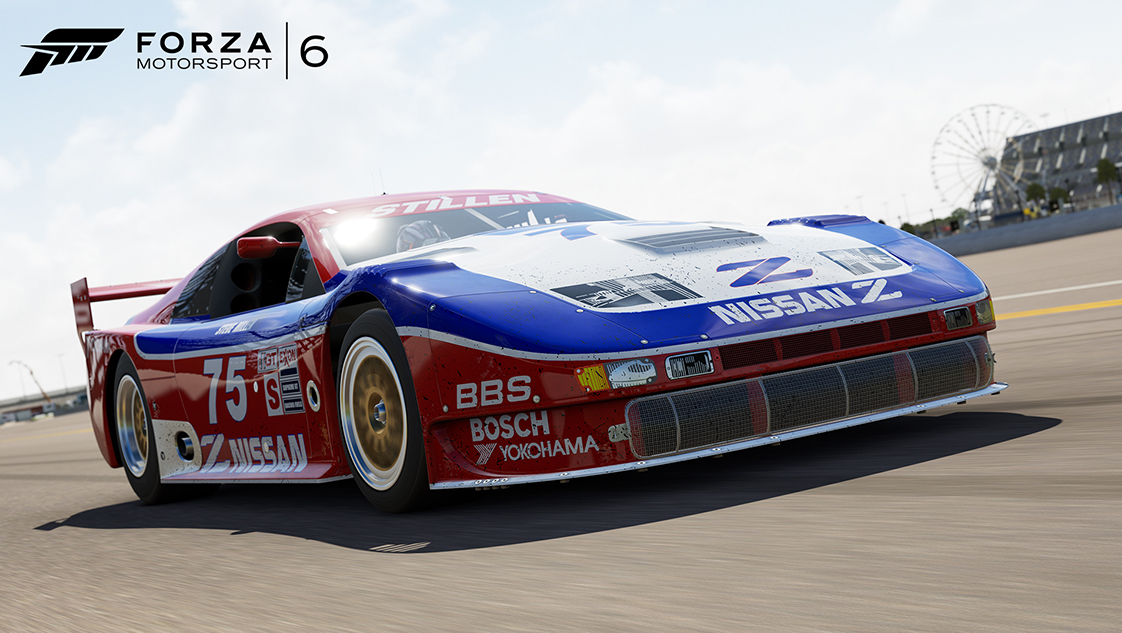 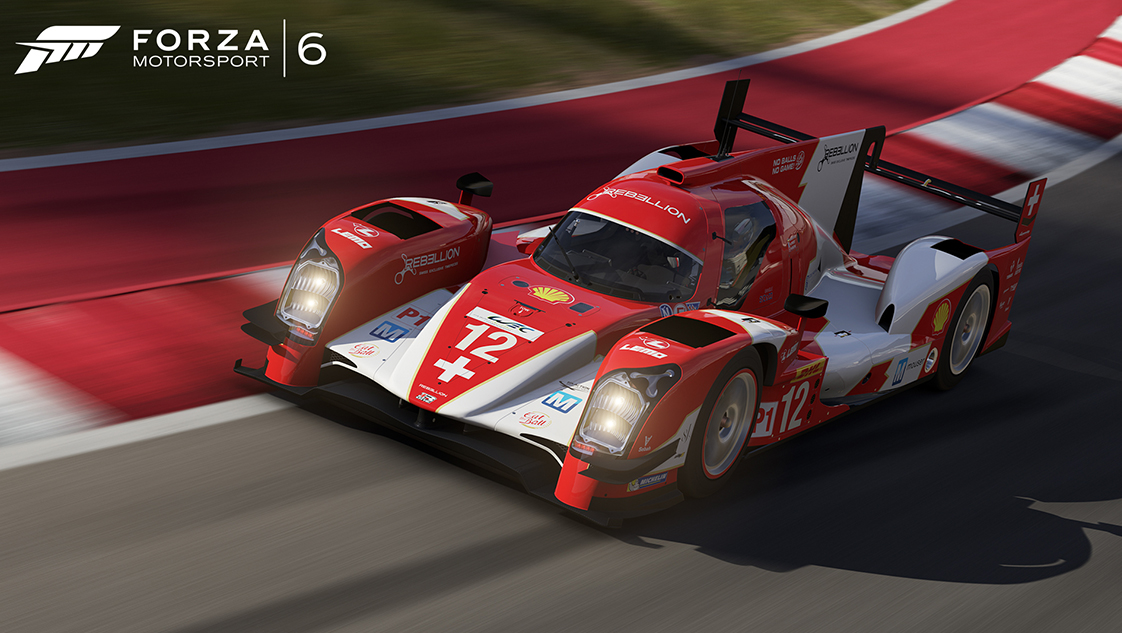 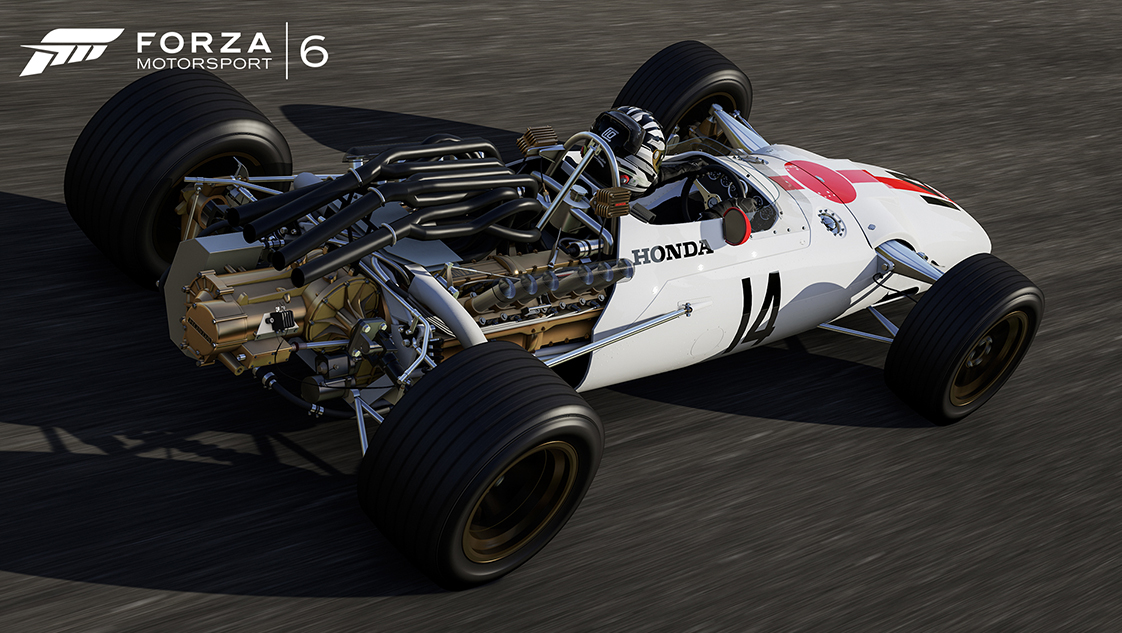 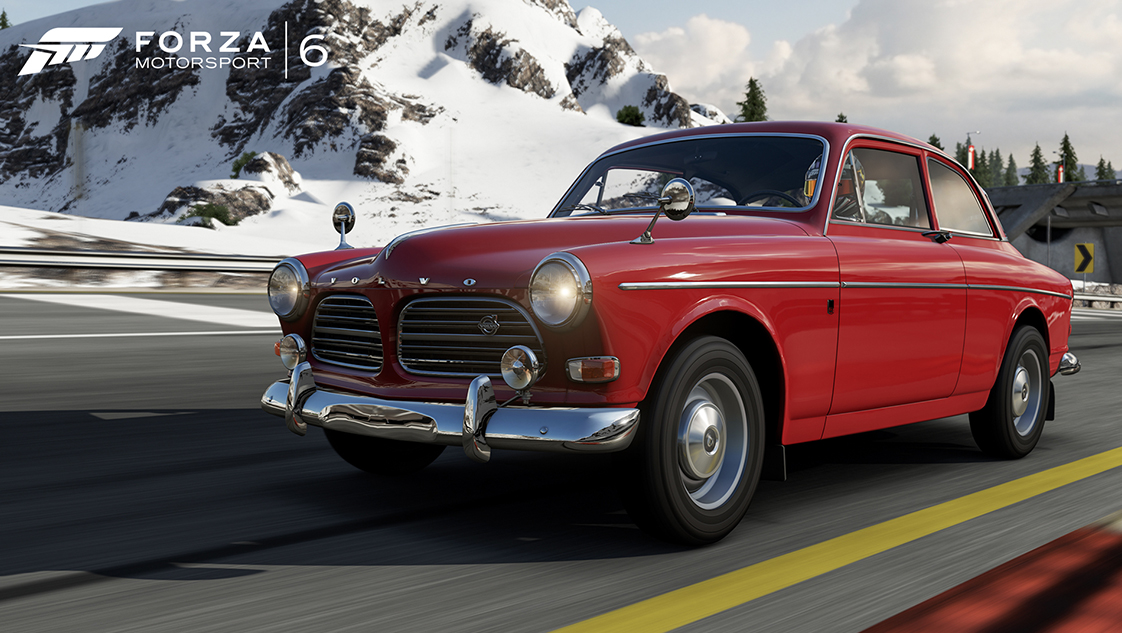 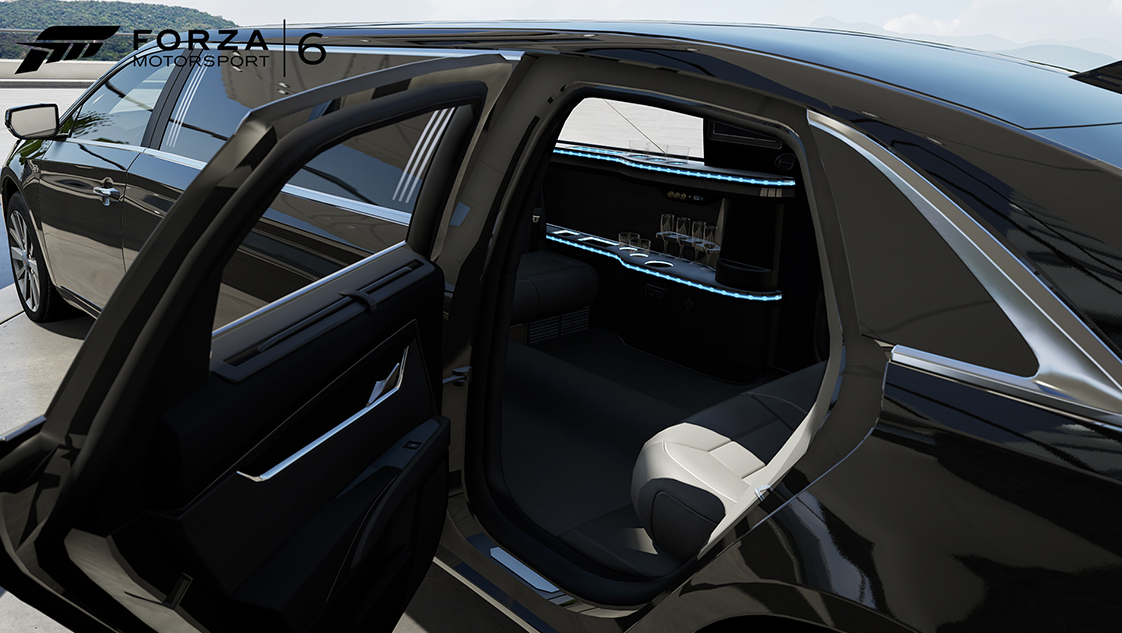 The November DLC Clue Thread is here for your enjoyment, frustration and anticipation. I post vague clues about the cars of the November car pack, you guess. It's really that simple. One guess per person please although you may edit your responses. Also please keep banter to a minimum so the thread can remain focused. This is not a wish list thread, so please post wishes to the appropriate thread.

This month I have seven clues about seven cars. Let's get right to it.

Dominant, pioneering, and in Forza it's in a class by itself

I'm willing to bet it's silhouette alone will capture your heart.

So fast he could pull to the side, reset his systems and still win the race.

No worries mate! Pretty sure this will be a hit.

I'm not dumb, but I can't understand why more American cars don't take advantage of this technology.

There you have it. I will check in on the thread over the weekend and post additional clues if I don't see any correct answers. I also may drop in to make sure you are confused.

Have fun and good luck!

Whether you are a car collector, a painter, a tuner, or you play Forza Motorsport 6 for the sheer thrill of racing, the eBay Motors Car Pack – available on Tuesday, Nov. 3 – has something for you. After all, more is almost always better and, in the case of this pack, you’ll experience legendary racing cars and unforgettable classics with an all-star automotive lineup that spotlights the breadth and depth of the Forza Motorsport 6 experience.

When Lewis Hamilton got the chance to drive Ayrton Senna’s Formula One car he said it was the best day in his life. Now is your chance to experience the winningest car in Formula One history, the McLaren MP4/4. The other six cars of the pack have made their own marks on racing and car culture as well. The wild and wily #31 Lancia will give you respect for the drivers of Group 5 racing; the #35 MC Trofeo will show you what new Maserati owners can experience through its factory race program; and the Holden Torana A9X will show you how they go fast “Down Under.” Need to let the sun shine in? The Plymouth Prowler and the Datsun 2000 Roadster are a pair of “verts” that are raring to show you their stuff.

The eBay Motors Car Pack will be available exclusively for Forza Motorsport 6 on Xbox One. The pack is included at no additional cost to owners of the Forza Motorsport 6 Car Pass, which brings six car packs featuring the best seven new cars coming to the game each month. That’s 42 cars in total, all ready to be instantly added to your garage to customize, tune, and race! All other racers can purchase the pack separately for $6.99 or buy cars from the pack individually. 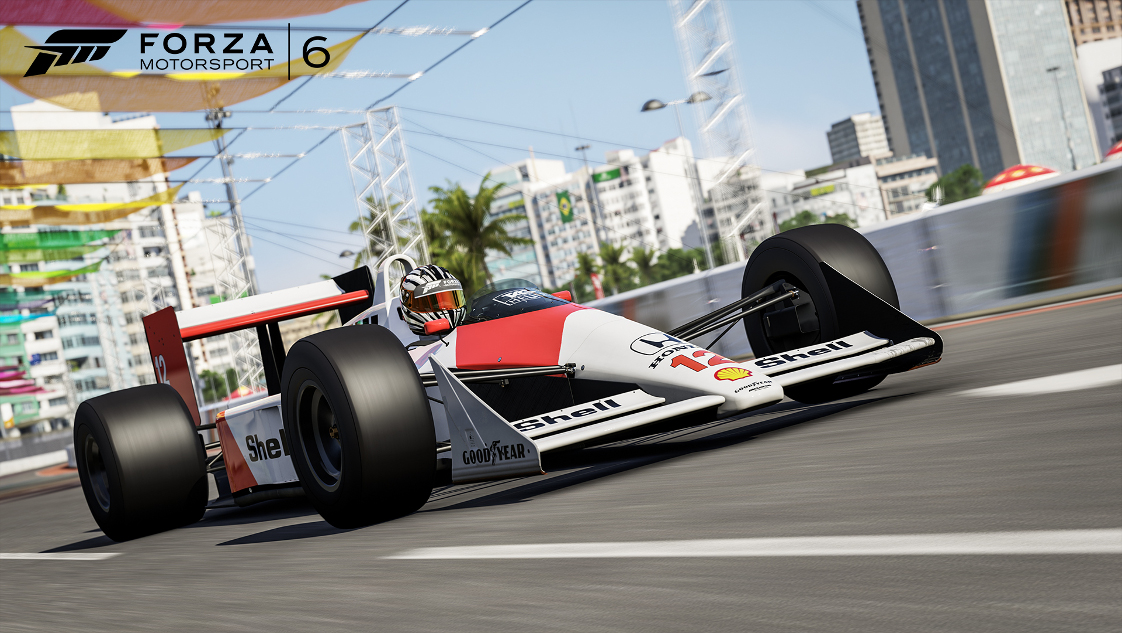 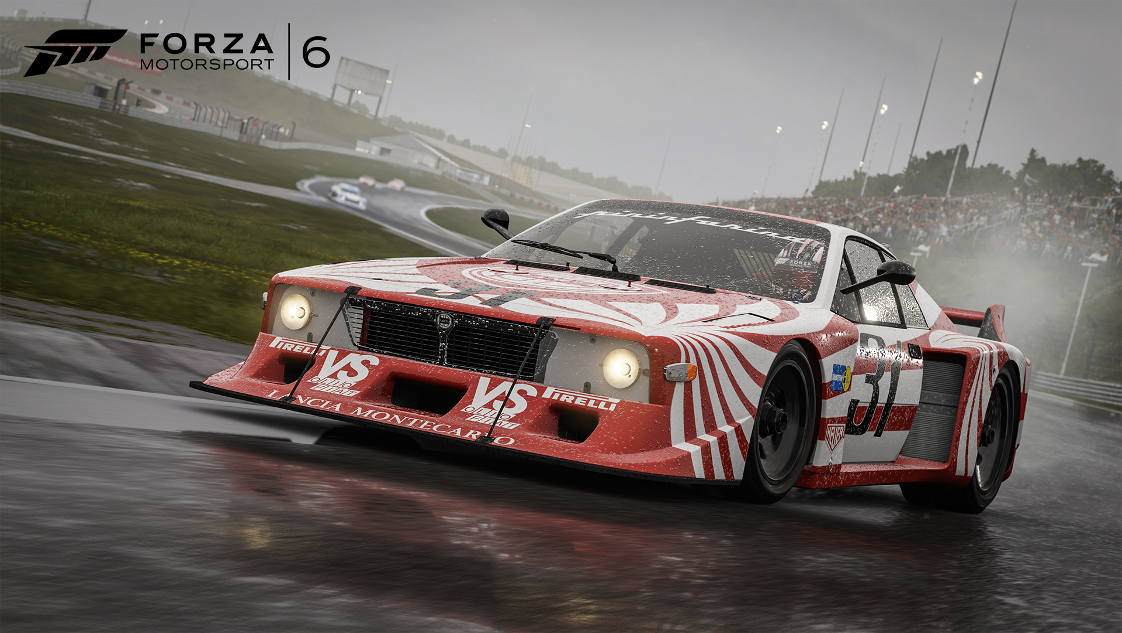 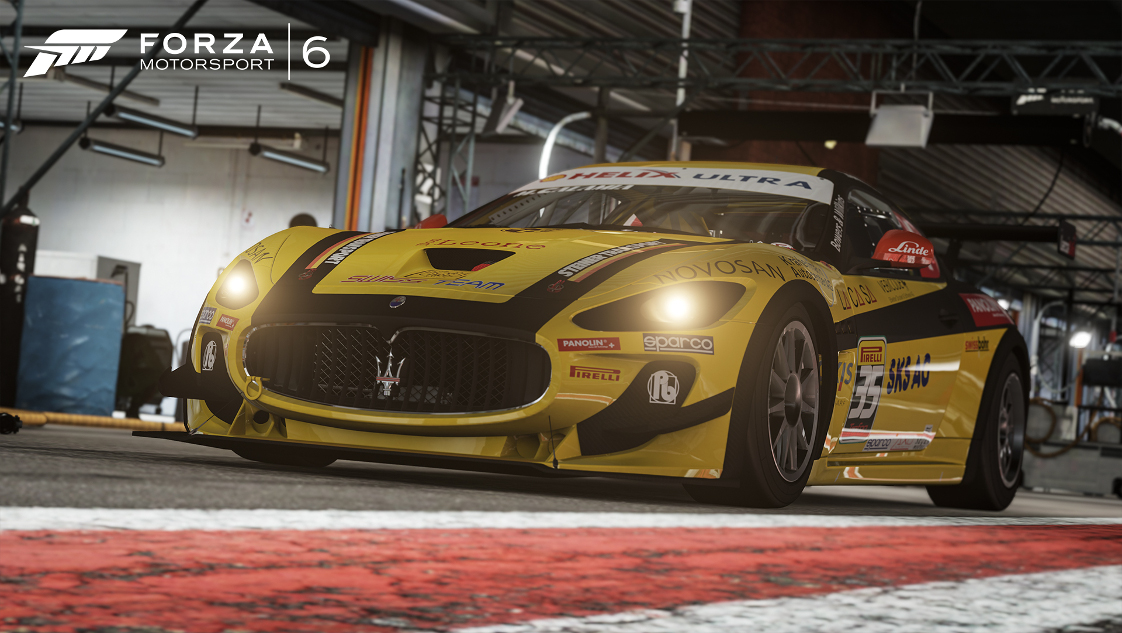 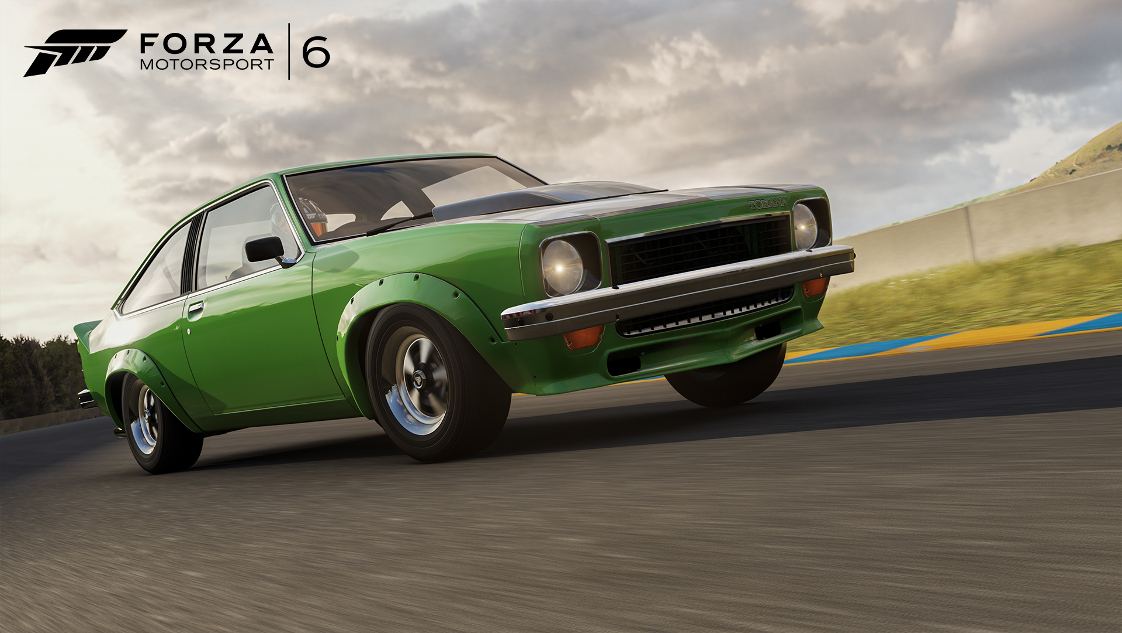 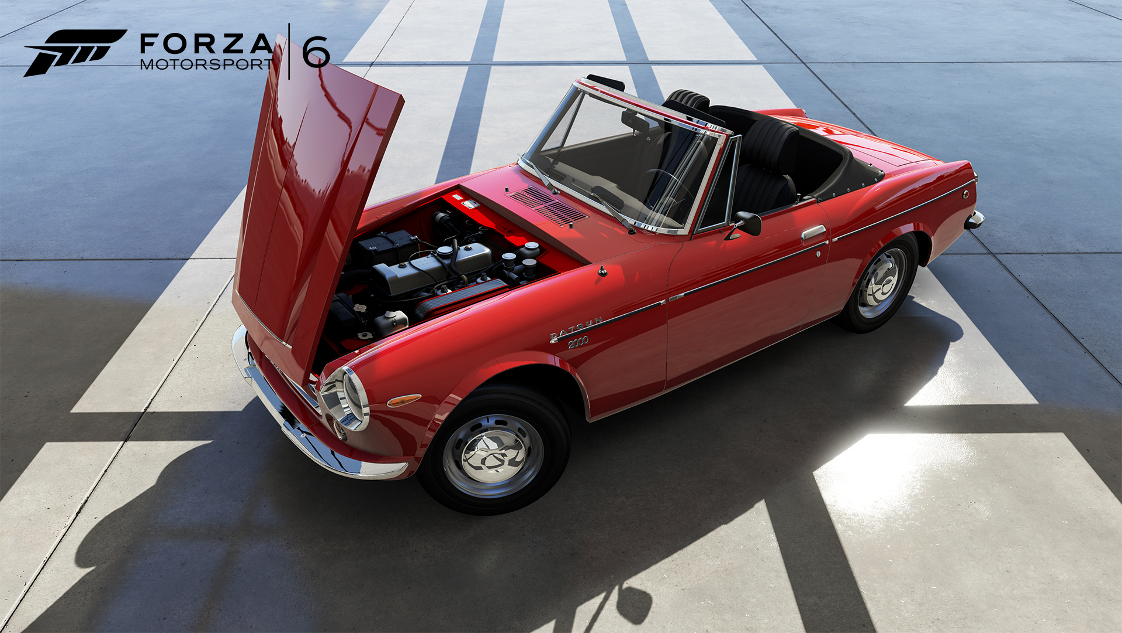 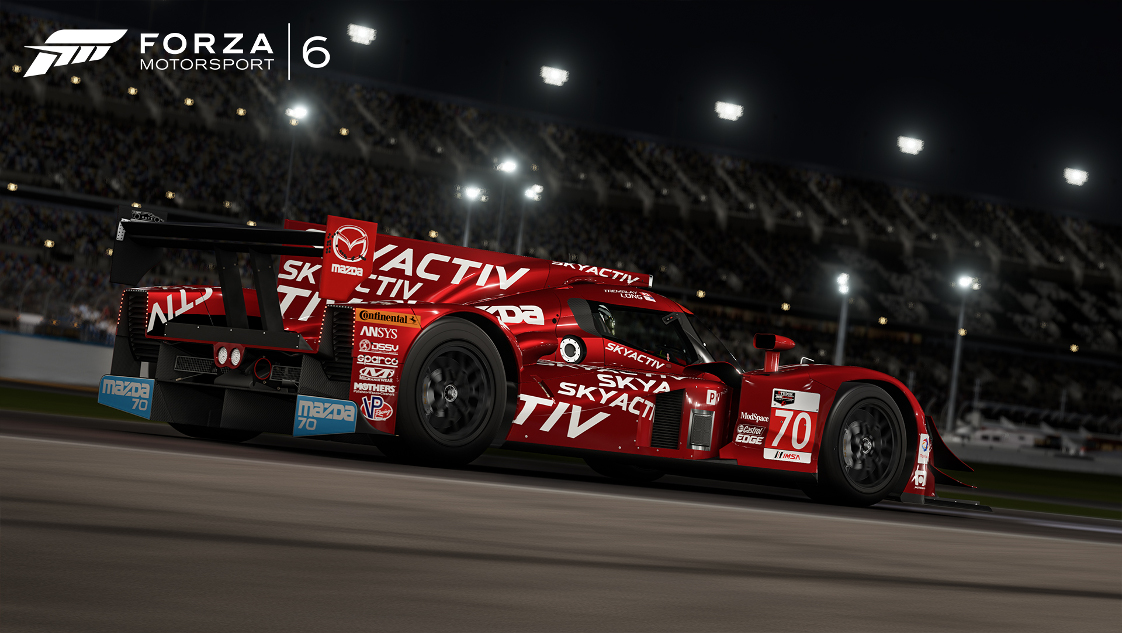 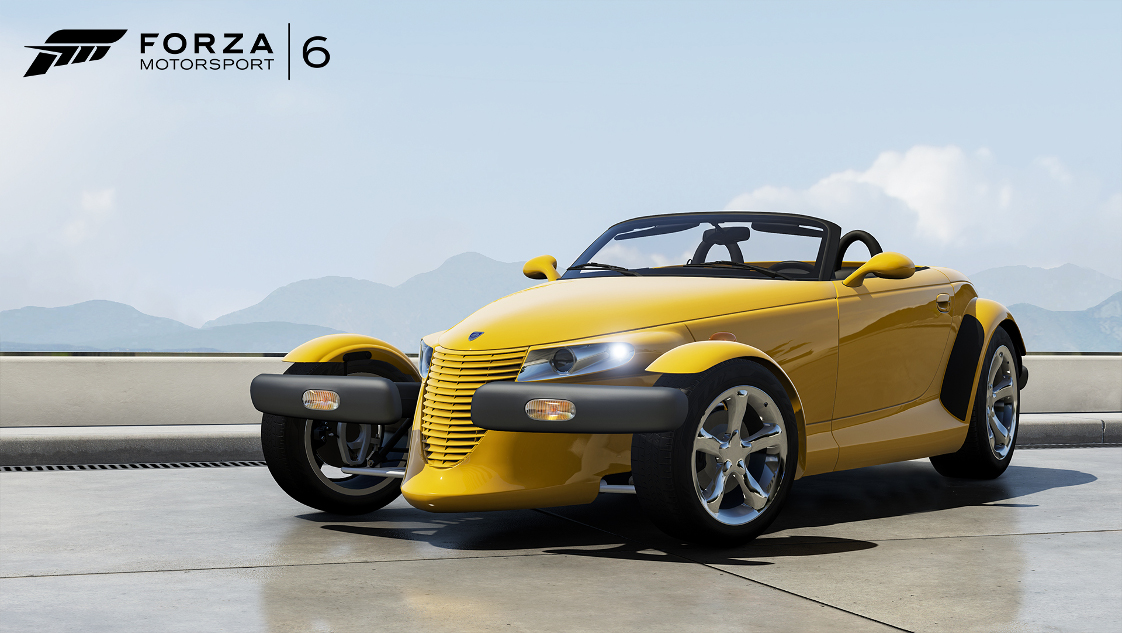